SHS Freshmen Are On the Go 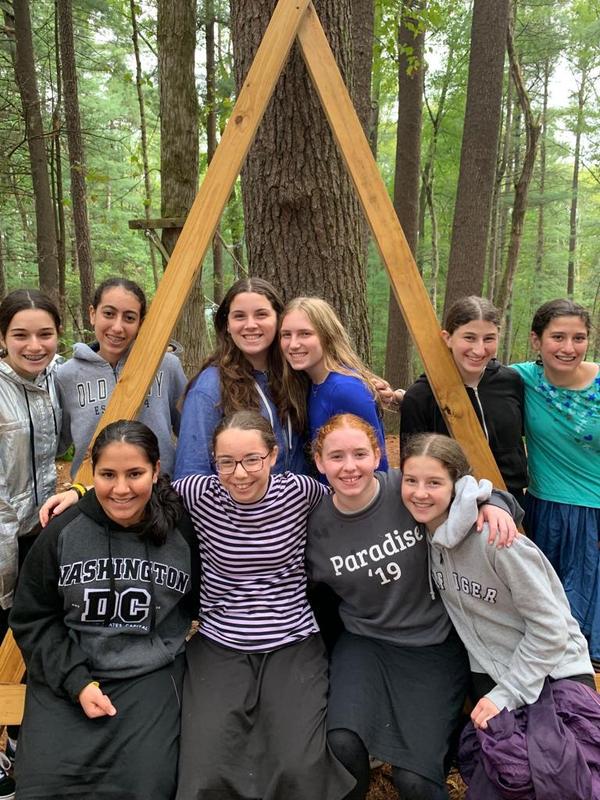 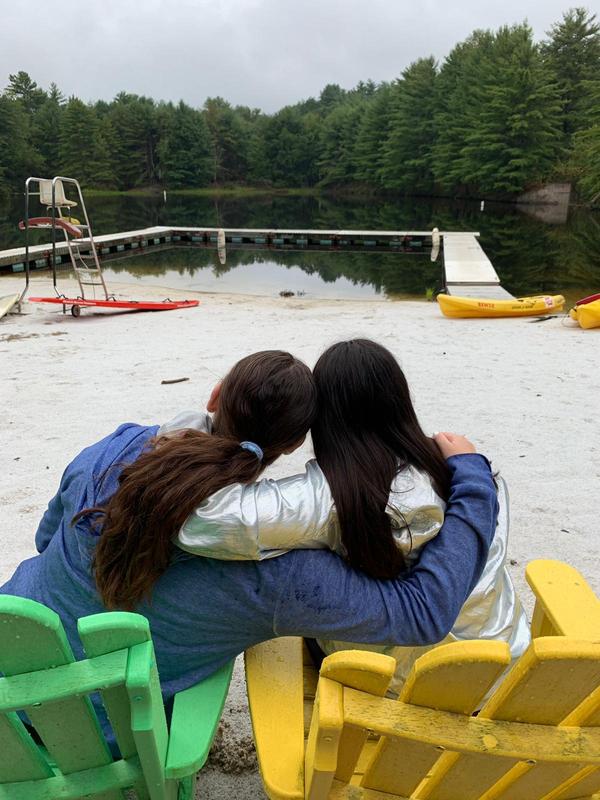 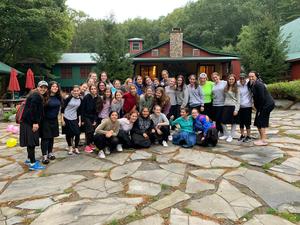 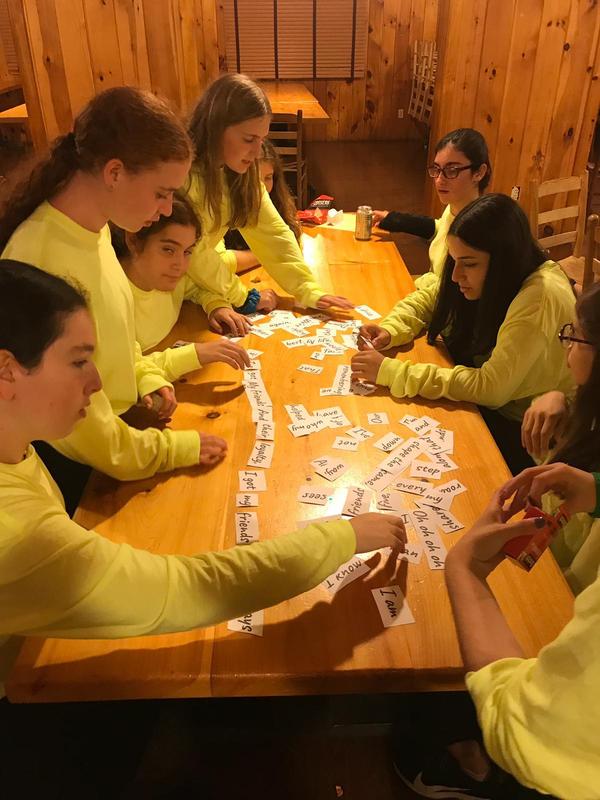 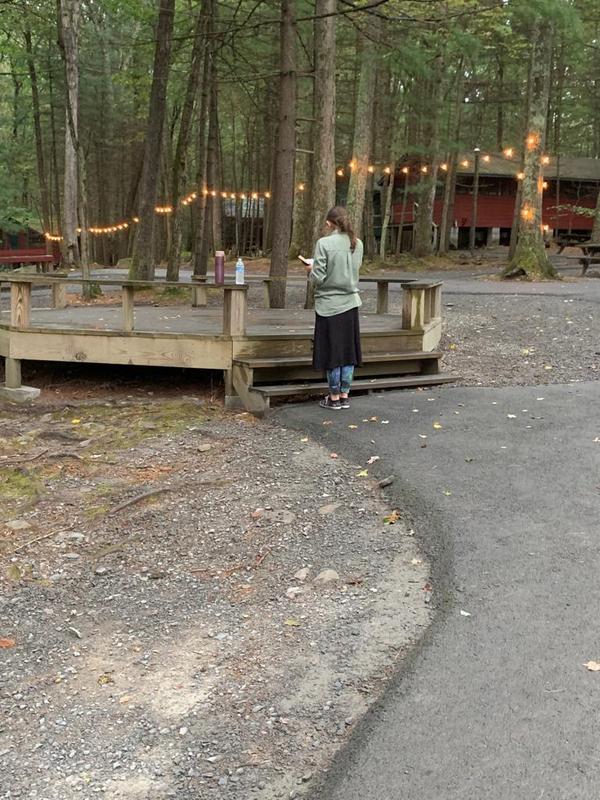 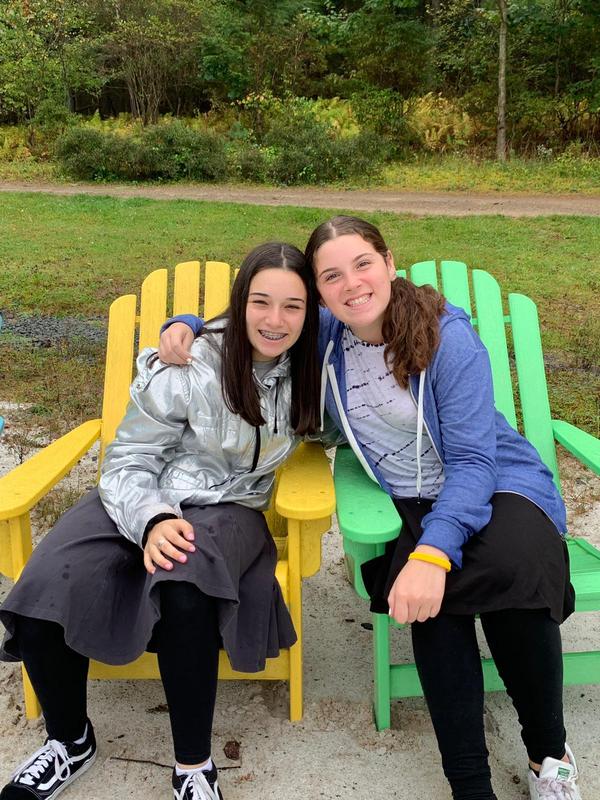 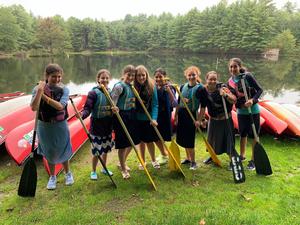 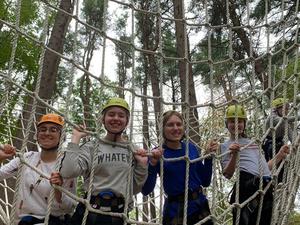 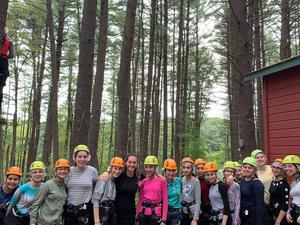 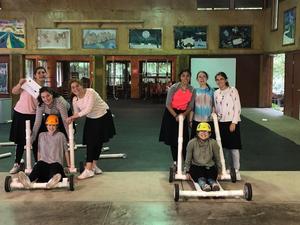 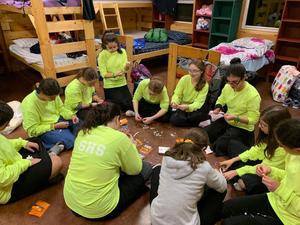 Shulamith High School freshmen woke up early on Thursday, September 12th and eagerly boarded a coach bus heading for Camp Timber Tops in Greeley, PA. The bus pulled out to the sounds of davening and set the tone for an overnight of achdut.


The girls were amazed as they stepped off the bus. Camp Timber Tops’s enormous grounds are impressive; lush trees surround a beautiful lake which is only enhanced by neatly trimmed grass and bordered basketball courts, baseball fields, and an expansive ropes course. Mrs. Munk, principal, opened the retreat by speaking about bravery and stepping out of one’s comfort zone, a perfect message for a freshman retreat.


One at a time, the girls stepped up to hook onto the sixty foot zip line. Some looked excited while others looked hesitant, but every girl internalized Mrs. Munk’s message of bravery by flying through the air. This was followed by group team building activities including, building a race car (and driving it!) and a high ropes course. There was also canoeing and paddle boarding.


Our Guidance Counselor, Channi Packer gathered the girls for a grade wide activity that demonstrated how everyone’s role is important in a group. Another activity followed involving the lyrics to Mordechai Shapiro’s song, “Friends,” which led to an unplanned dance party!


The night was not over quite yet. Esty Munk, Director of Student Activities, created a game appropriately named “Face Your Fears.” Following the theme of bravery, girls painted their faces with different substances and experienced challenges. One group, marshmallow fluff smearing their faces, had to collect as many Cheerios on their face as possible. After a thorough scrubbing for all, a kumzitz took place by a blazing bonfire, s’mores included! Late into the night, there was bracelet beading in the cabin, where all the girls had an opportunity for informal bonding.


The following morning, Freshman Advisor Mrs. Adina Wolf, inspired tefillah with a relatable story. Esty Munk closed with a reflective game which ended with the girls boarding the bus, laughing with their new friends.


“I loved that we all shared this big cabin… I really got to know everyone, “ Rachel Levine said. Yael Esses added, “I was really nervous before but I was so happy that everyone was so nice!” The retreat has set the tone for an incredible year at SHS!